How to Know If Someone Blocked Your Number 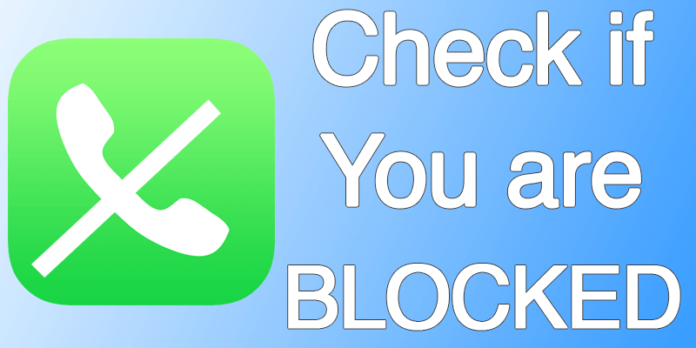 Depending on whether they’ve blocked your number on their phone or with their wireless carrier, the clues of a blocked number will differ.

#1: Unusual Messages When You Call

If you get an unusual message you haven’t heard before, they’ve likely blocked your number through their wireless carrier. The message varies by carrier but tends to be similar to the following:

If you call once a day for two or three days and get the same message each time, the evidence shows you’ve been blocked.

If you hear only one ring or no ring at all before your call goes to voicemail, this is a good indication you’re blocked. In this case, the person has used the number blocking feature on their phone. If you call once a day for a few days and get the same result each time, that is strong evidence your number is blocked.

If you get a busy signal or fast busy signal before your call is dropped, it’s possible your number is blocked through their wireless carrier. If test calls a few days in a row have the same result, consider it evidence you’ve been blocked. Of the different clues indicating a blocked number, this one is the least common though some carriers do still use it.

What You Can Do When Someone Blocks Your Number

While you can’t do anything to have the block on your number removed with their wireless carrier or from their phone, there are a couple of ways to get through or verify your number is, indeed, blocked. If you try one of the options below and get a different result or clue from the list above (provided they don’t answer), take it as evidence that you’ve been blocked.