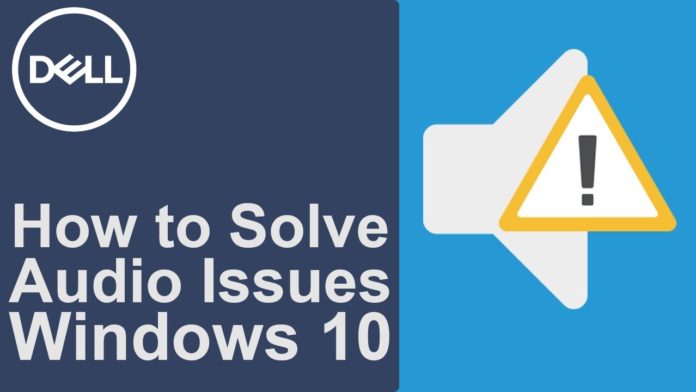 I am not a computer geek and that pretty much explains that I often face difficulty when it comes to dealing with computer problems. Even small problems like when my computer does not beep or flashes light while booting tease me. Well, I will not pretty much unfold all my failures with computers today but rather tell you what I actually did when sound in my Dell laptop stopped playing.

I wasn’t quite ready to have my hands on the problem but for the first time I tried to not only look into my Dell laptop problem but also fixed it. Aw, yes I fixed it and even compiled my fail-safe procedure in to a few steps for users like you to make sure that you don’t have to suffer like me in the absence of proper instructions. I have a Dell Vostro 1720 laptop with Windows XP loaded on it.

The first thing what I did was checking if my Dell laptop is mute or not. Yes, sometimes, I put speakers on mute to concentrate on an important work on my laptop. I right clicked on the Volume icon in the system tray (at the extreme right hand corner of the taskbar) and found that sound button was not mute. It was unchecked which meant it was working fine. I plugged in a headphone to check if sound plays or not but there was nothing. I played around a lot with settings adjusting volume etc. but to no avail. There was no sound at all. I pulled out the headphone afterwards.

I seriously thought of giving up at this point in time, but then again I summoned up the courage to handle the problem. I opened up my browser and Googled out the problem. Then I visited the Dell website, where I found a Dell-recommended Microsoft Sound Troubleshooter, an automated solution. I downloaded the MicrosoftFixit.AudioPlayback.Run.exe file and saved it on my Desktop. Thereafter, I opened and ran the file to begin its installation. I would prefer to say that I was greeted by the Microsoft Troubleshooter Wizard. I followed the instructions and completed the installation.

Some Hardware Update Wizard popped up on the screen. Since I had not previously installed any driver files from the Dell website, I did not click on the Browse button. I rather let Windows XP search for drivers online and updated them. When it had finished downloading and installing new driver files, I exited all the windows and as prompted rebooted my computer. I will not forget to say that I impatiently waited for the laptop to turn back on to see if it plays sound or not. And when it came back on fully, I quickly made a mouse click sound and it actually worked. Wow, I thought but I was still not sure.

So, I quickly browsed to my songs folder and played a favorite song of mine and it actually started playing fine. Sound was there and the song was playing perfectly alright. I was saved. What a relief it was for me. It was rather amazing to have the problem solved myself rather than having invited a friend to do the honor. I would say that users who are non-geeks like me can actually perform these simple steps to fix such a simple sound problem on their laptop or computer.