How to check if iPhone is Real or Fake 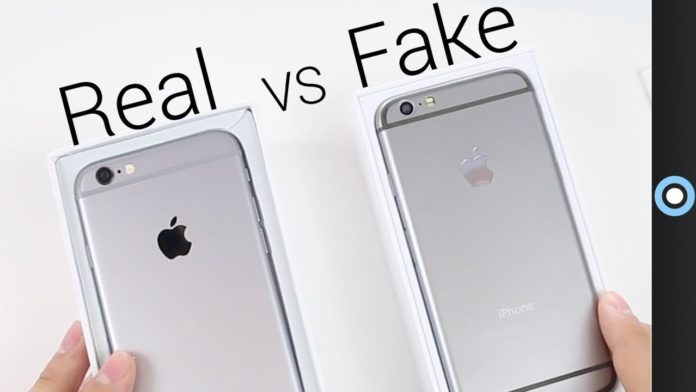 Nowadays, it’s easier than ever to buy a used phone off of somebody. It’s really simple for someone to have a phone for a year or two, decide to get an upgrade or switch carriers and get a good deal on a new phone, but their old phone is still worth a few hundred bucks. What do they do? Hop on Craigslist or Facebook Marketplace and sell their phone for a decent deal!

The buyer is getting a decent phone for a cheaper price than Amazon or Verizon would offer, and the seller is making some extra money – it’s a win-win!

What do you mean by fake iPhones?

The exterior appearance of the phone will look just like an iPhone, but as soon as we open it up it looks different. It basically means that someone put an Android motherboard into an iPhone case, and uploaded software onto the motherboard to imitate an iPhone’s interface.

Another physical quality to note is that on the real iPhone, the sleep/wake button is on the top right corner, while the volume switch and ringer switch are on the upper left side. If the switch or buttons are not where they should be, then the phone you are looking at is a fake one. Some fake iPhones have the buttons in the right positions, however, feel the buttons by running your fingers on them. Press the buttons repeatedly to check if they are not loose and are improperly fitted. Clone iPhones have poor button quality.

The screen of original iPhone should be clear and not pixelated. iPhone’s screen uses a retina display that has a higher pixel density making the screen look crispier, livelier, and full of colors. Fake iPhones have dull colored screens due to the low-cost of their parts.

How to Fix Download Pending Error in Google Play Store

Check for the Apple logo

On the back of the phone, you must see an iPhone logo. If you can’t find the logo, then it is not a real iPhone. Some clone iPhones are so good in imitating the original ones that they also have the logo at their back. However, you can rub your finger over the logo. You will feel a transition from the phone cover to the Apple logo if you are having the fake one.

Scroll to the Right and left of the home screen. With the fake iPhone, you will not be able to switch between screens easily and a response would be more than usual.

As you know the iPhone can only work with a single SIM. If the phone dealer boasts that you can use two SIMs on your iPhone, then that is a red flag. Also, the real iPhone comes with a label that says Designed by Apple California and assembled in China.

Connect your iPhone to your computer and sync it iTunes. If you are not able to connect it, and iTunes does not recognize your phone; then you have a fake iPhone.

So, these are red flags or indicators to if your iPhone is real or fake. Try them if you are buying an iPhone.

How to fix a cell phone that says Emergency Calls Only