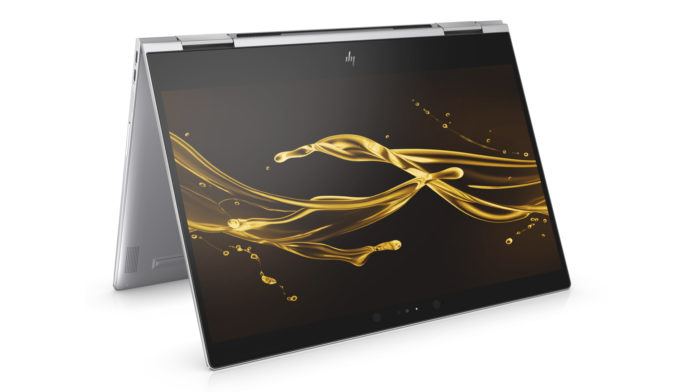 Over the last few years, HP has been working hard to rebuild its reputation, and it’s done so mostly through the best HP laptops. These mobile beauties, thought to be dead just a few years ago, have been reborn though the magic of the best Ultrabooks running on Windows 10. HP’s best laptops, then, have transformed into devices that focus on design flair rather than cheapness.

This approach has resulted in some of the most beautiful devices in the laptop world right now, like the HP Spectre x360, with its gold trim and high-resolution displays. And, HP isn’t slowing down in 2019 – it’s showed some gorgeous devices at CES 2019.

HP’s resurgence has also brought about the popular ‘privacy filter,’ called Sure View to prominence. Plus, the best HP laptops are bedecked with a gorgeous gold trim that we’re used to seeing in HP’s high-end Spectre 2-in-1s and Ultrabooks.

In our mind, the best HP laptops balance design flair with raw power, and the HP Spectre x360 is a perfect example. The 2018 model features perfectly slim bezels and is light enough to use in tablet mode comfortably. As a regular laptop, you’ll have trouble finding a better keyboard, brighter display and more powerful components – especially considering its size. And, at CES 2019, HP revealed the 2019 model of the 15-inch version, with more angular chassis and updated internals.

While it doesn’t redefine the PC like HP’s marketing claims, the HP Spectre Folio does enough right to be one of the best HP laptops you can buy. Covered front to back in leather, this 2-in-1 laptop is aimed directly at the luxury market, with a price tag to match. It’s not the fastest laptop out there, but the fanless chip on board has enough juice to get through most everyday tasks, just don’t expect to get any serious video editing done. This is more for the professional taking a device between meetings.

The HP Pavilion 15 isn’t going to blow your mind with sheer power, but it will make up for it with finesse. It’s one of the few remaining AMD Ryzen-based laptops in HP’s stable – which could change – but the Ryzen chips here are worth paying attention to. This is the best HP laptop for anyone on a budget, it’s a rare example of a laptop that can strike a golden balance between price and performance, making it one of the best laptops for college students.

The best gaming laptops have a shaky reputation for their lack of upgradeability, making them more disposable than a gaming desktop by nature. Luckily, HP has subverted this issue by adding plenty of essential features that most gaming laptops lack. For instance, you can overclock the Omen X, which just means free performance – which will keep it at the top of the stack longer than competitors. For gamers, the HP Omen X is the best HP laptop on the market.

HP’s flagship Spectre line of Ultrabooks and 2-in-1s might get all the hype, but the manufacturer has a long-running tradition of crafting some of the best business laptops. The HP Elitebook continues this tradition by packing in powerful Ryzen processors, plenty of memory and speedy SSDs beneath a svelte all-metal chassis. It is a bit expensive, but if you’re looking for an office laptop, with all the requirements that business-grade products require, this is the best HP laptop for you.

Bill Thomas has also contributed to this article