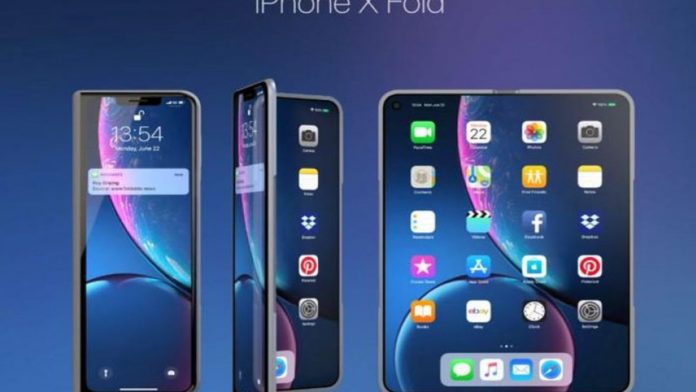 After Samsung, Apple is working to launch a phone that folds, report Forbes.

Cupertino, California based iPhone maker filed a new patent. The company is all set to introduce the phone that it describes as ‘the purported device with a flexible display that enables it to fold in the middle.’

The step is taken to give big-screen experience to the users and also to make phone practical enough to fit in a pocket.

Additionally, the phone’s distinct structure would allow it to be folded two-ways.

Most notable for many with be the laptop-style keyboard integration, something which is similar to Nokia’s popular Communicator range which had a loyal following for over 10 years.

Interestingly, there is also a possibility of a tri-fold, allowing for both a much larger overall size and an even compact folded form.